The influence of family structure on criminality in adolescents is well acknowledged in population based studies of delinquents, but not regarding adolescent psychiatric inpatients. The association of family structure to criminality was examined among 508 adolescents receiving psychiatric inpatient treatment between 2001 and 2006. Family structure and DSM-IV based psychiatric diagnoses were based on the K-SADS-PL-interview and criminality on criminal records provided by the Finnish Legal Register Centre. After adjusting for socio-demographic, clinical and family factors, the adolescents from single parent families, child welfare placements and those not living with their biological parents showed an increased risk of committing crimes at an earlier age than adolescents from two parent families. Lack of a safe and stable family environment has important implications for adolescents with severe mental disorder. When these adolescents are discharged from hospital, special attention should be focused on organizing stable and long term psychosocial support which compensates for the lack of stable family environment and seeks to prevent future adversities.
vorige artikel Latent Personality Profiles and the Relations with Psychopathology and Psychopathic Traits in Detained Adolescents
volgende artikel ‚ÄúTuning into Kids‚ÄĚ: Reducing Young Children‚Äôs Behavior Problems Using an Emotion Coaching Parenting Program 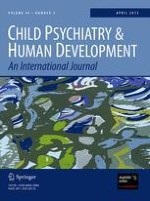