The objective was to examine the psychometric qualities of a Dutch version of the Coping Strategies Checklist for Children (CCSC-R1) in the Netherlands and to replicate the 4-factor coping model that was established in an American population. Confirmatory factor analyses were used to investigate the factorial structure underlying the 13 subscales. A 5-factor model in which Positive Cognitive Restructuring was a separate coping dimension proved superior to a 4-factor model in which Positive Cognitive Restructuring was part of Direct Problem Solving. The 5-factor model proved invariant across age, and 10 subscales proved invariant across gender. Significant gender differences were found for the subscales “support for feelings,” “distracting actions” and “wishful thinking,” with girls scoring higher than boys. Pro-social behavior correlated positively with all five coping dimensions; the strongest correlations were with the coping dimensions Direct Problem Solving and Positive Cognitive Restructuring. Socially inadequate behavior was only significantly correlated with Avoidance Coping. The significance of coping assessment for cognitive and behavioral interventions for children with mental health problems was discussed. 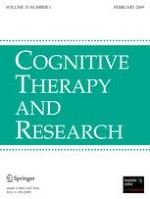 Hiding the Self and Social Anxiety: The Core Extrusion Schema Measure