For those of us who were deeply interested in the controversy involving the proposed elimination of Asperger’s Disorder (AD) form the DSM-5, the article by Luke Tsai (Tsai 2013) is of much interest. He impressively reviewed 128 publications that addressed the issue of whether or not AD was quantitatively or qualitatively different than Autistic Disorder or High Functioning Autism. The opinion that it did not was an important part of the rationale that the Workgroup of the American Psychiatric Association put forth which led to the elimination of all the subgroups of autistic disorder including AD. …
vorige artikel Brief Report: Generalisation of Word–Picture Relations in Children with Autism and Typically Developing Children
volgende artikel Screening, Intervention and Outcome in Autism and Other Developmental Disorders: The Role of Randomized Controlled Trials 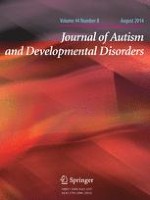 On the Misapplication of the BAPQ in a Study of Autism

Going ‘Above and Beyond’: Are Those High in Autistic Traits Less Pro-social?

Brief Report: Effects of Solution-Focused Brief Therapy Group-Work on Promoting Post-traumatic Growth of Mothers Who Have a Child with ASD