The literature concerning sexuality in autism spectrum disorders (ASDs) is limited regarding inappropriate sexual behaviours and paraphilias and its relation to age, verbal ability, symptom severity, intellectual ability, or adaptive functioning. A cohort of 184 adolescents and young adults (ages 15–39 years) with ASD diagnosed in childhood, including both low and high functioning individuals, was examined. The large majority were found to have a sexual interest and showed interest towards the opposite sex. Inappropriate sexual behaviours and paraphilias were reported for about a fourth of the individuals. No relationships were found between inappropriate sexual behaviours and any of the background variables listed above. However, associations were found between paraphilias and ASD symptom severity, intellectual ability, and adaptive functioning. 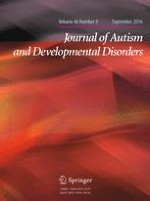 Towards an Agenda for Research for Lesbian, Gay, Bisexual, Transgendered and/or Intersexed People with an Autism Spectrum Diagnosis