Gabbiadini, A., Riva, P., Andrighetto, L., Volpato, C., & Bushman, B, (PloS ONE, 2016) provided evidence for a connection between “sexist” video games and decreased empathy toward girls using an experimental paradigm. These claims are based on a moderated mediation model. They reported a three-way interaction between game condition, gender, and avatar identification when predicting masculine ideology in their original study. Masculine ideology was associated, in turn, with decreased empathy. However, there were no main experimental effects for video game condition on empathy. The current analysis considers the strength of the evidence for claims made in the original study on a sample of 153 adolescents (M age = 16.812, SD = 1.241; 44.2% male). We confirmed that there was little evidence for an overall effect of game condition on empathy toward girls or women. We tested the robustness of the original reported moderated mediation models against other, theoretically derived alternatives, and found that effects differed based on how variables were measured (using alternatives in their public data file) and the statistical model used. The experimental groups differed significantly and substantially in terms of age suggesting that there might have been issues with the procedures used to randomly assign participants to conditions. These results highlight the need for preregistration of experimental protocols in video game research and raise some concerns about how moderated mediation models are used to support causal inferences. These results call into question whether use of “sexist” video games is a causal factor in the development of reduced empathy toward girls and women among adolescents.
vorige artikel Gender Differences in Resistance to Schooling: The Role of Dynamic Peer-Influence and Selection Processes
volgende artikel Grand Theft Auto is a “Sandbox” Game, but There are Weapons, Criminals, and Prostitutes in the Sandbox: Response to Ferguson and Donnellan (2017) 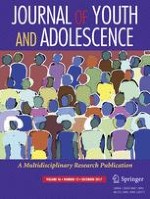 Susan J. Terrio: Whose Child Am I?: Unaccompanied, Undocumented Children in US Immigration Custody