According to network models of emotion (e.g., Bower 1981), individuals in a positive or negative mood show preferred cognitive processing of mood-congruent stimuli, for instance, by automatically attending to mood-congruent stimuli and remembering it better. Indeed, there is strong evidence for biased memory processes, favoring memory for negative information in sad mood and for positive information in neutral or happy mood (Matt et al. 1992). Moreover, depression (in remission) and dysphoria are also characterized by cognitive biases (Mathews and MacLeod 2005; Williams et al. 1997). In sub-clinical samples, biases generally become more pronounced when individuals are primed with a negative mood induction (Segal and Ingram 1994). Taken together, this suggests that mood-congruent processing occurs in both clinical depression and sub-clinical negative affective states, and in naturally occuring moods as well as in experimentally induced states. Preferred processing of negative information by sad individuals may be a risk factor for maladaptive levels of negative mood and even clinical depression (Compton 2000). Gaining more insight into mood-congruent processing in sad mood thus seems of importance.
The network theory, together with the extensive research conducted on mood-congruent biases, suggests that such tendencies might prevail in other automatic processes as well. Therefore we aimed to study a very basic motivated behavioral tendency, namely automatic approach-avoidance behavior. Individuals generally aim to approach a reference stimulus when a positive outcome or affect is expected and avoid information with a possible negative outcome such as negative affect (Carver et al. 2008). Behavioral approach-avoidance has not been studied so far with regard to mood, however (Trew 2011). Mood is a strong motivator for our automatic behaviors. In fact, sad mood is characterized by behavioral avoidance, which seems to be especially salient in the social domain (Ottenbreit and Dobson 2004). Studying social avoidance behavior in sad mood is important because this behavior generally reduces satisfying experiences, and therefore maintains a sad mood state and might even contribute to the development of clinical depression (Ferster 1973).
For humans, social information communicated through facial expressions bears high social relevance (Lee et al. 2008). Moreover, biases have been assumed to operate most strongly in case of social or interpersonal stimuli, like faces (Hammen 1992). Therefore, we studied the effects of mood on approach-avoidance tendencies for facial stimuli.
Automatic behavioral approach and avoidance tendencies to different facial expressions were studied using the Approach Avoidance Task (AAT; Rinck and Becker 2007) in social anxiety (Heuer et al. 2007; Lange et al. 2008), where socially anxious individuals tended to avoid angry as well as happy faces more than control participants did. The AAT is based on the finding that stimulus valence is related to behavioral approach and avoidance inclinations. Positively valenced stimuli produce immediate approach tendencies, whereas negative stimuli produce avoidance tendencies (Chen and Bargh 1999). In the present AAT, we used facial stimuli expressing different emotions (namely sad, happy, angry, and neutral). Sad as well as angry faces were included to provide an indication of whether avoidance behavior is mood-specific (i.e., only towards sad faces) or more general.
We induced a sad mood state in half and a happy mood in the other half of the participants. The study aimed at providing novel insights into emotion-specific behavioral tendencies of individuals in a sad mood. Based on before mentioned theories, several behavioral tendencies would be predicted for both mood states. Individuals in a sad mood could be expected to approach the negative and avoid mood-incongruent facial expressions and individuals in a positive mood could be expected to approach happy and neutral faces while avoiding negative ones. Thinking in lines of the network models and (biological) theories of motivational orientation (e.g. Strack and Deutsch 2004; Davidson 1992, 1993), one could also argue that sad mood would facilitate avoidance tendency, while positive mood would be characterized by a general approach tendency, regardless of the valence of the reference object. Sad mood functioned as an analogue for more clinical levels of negative mood, as in depression, and also as a prime for biased processing. Stronger behavioral tendencies were therefore predicted in more vulnerable participants with a higher level of depressive symptomatology after the mood induction.

Color photos of the faces of 10 individuals (5 female, 5 male) from the Radboud Faces Database [RaFD; Langner et al. ( 2010)] were used. For each individual, an angry, sad, happy, and neutral expression was selected. Additionally, 10 control pictures displaying the same chessboard pattern were included. By placing either a purple or a blue color filter over the picture, two versions of each of the 50 pictures were created, resulting in 100 picture stimuli. An additional set of 18 mixed social and control pictures served as practice trials. A computer screen with a resolution of 1,024 × 768 pixels and a “Logitech Attack 3” joystick were employed.
A ‘zooming-effect’ was used to create the visual impression that the pictures were actually being approached or avoided: The pictures grew and seemed to come closer upon pulling of the joystick and to shrink and move away upon pushing it. When the maximum possible movement of the joystick was made, the picture would disappear. The time from initiation of the trial to disappearance of the picture was automatically recorded and used as the participant’s reaction time (RT; see Rinck and Becker 2007, for details).

The participant first completed the BDI, the SCL-90, and some questions about biographical data. Then the mood induction started. It consisted of a 12-min fragment from an emotional movie (‘Happy Feet’ for happy mood and ‘Sophie’s Choice’ for sad mood). The participant was instructed to watch the movie, listen to the sounds of the movie, and to let the emotionality of the movie influence her mood. The participant was asked to rate her current mood state using a computerized visual analogue scale that ranged from -10 (indicating saddest mood) to 10 (indicating happiest mood) at baseline and after the mood induction. She continued with the AAT, for which instructions appeared on the computer screen. She was instructed that pictures of faces would be appearing on the screen, one by one, and to either push the picture away or pull it towards herself in order to make the picture disappear as soon as possible. Pictures with a blue filter had to be pushed away, while purple pictures had to be pulled.

We would like to thank Mariska Hodes, Rachelle Marks, Lisa Mensink, Gonca Millet, Ellen Schlottbohm, and Samantha de Waard for testing the participants, and the Behavioural Science Institute for support. 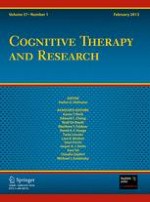