This study examined the role of anger in infancy and its interaction with maternal warmth in predicting children’s socioemotional development. Participants included a demographically diverse sample of 316 mothers and children from the Project on Human Development in Chicago Neighborhoods (PHDCN) study. Infants were followed across 3 waves of data collection from birth through 5 years of age. Mothers reported on infant anger when children were approximately 4 months of age. Maternal warmth was assessed via observation at both 4 months and 2 years. Children’s socioemotional outcomes were assessed at age 5, and included a direct assessment of delay of gratification and maternal reports of internalizing and externalizing behaviors. Anger in infancy significantly predicted higher levels of internalizing and externalizing behaviors at age 5. A main effect of anger on delay of gratification was not supported. However, anger in infancy moderated the association between maternal warmth and delay of gratification, such that only high-anger infants benefited from high maternal warmth. Similar interactive effects were not supported for problem behaviors. These results provide modest support for the differential susceptibility hypothesis, which proposes that highly reactive children are more susceptible to environmental risks and assets than other children. Specifically, findings suggest that although anger can increase children’s vulnerability to problem behaviors, it can also be a motivating factor for self-regulation in the presence of supportive parenting. 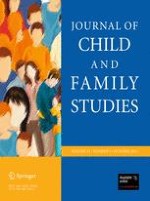 A Further Examination of the Distinction Between Dependency-Oriented and Achievement-Oriented Parental Psychological Control: Psychometric Properties of the DAPCS with French-Speaking Late Adolescents

Kevin T. Kalikow: Your Child in the Balance: Solving the Psychiatric Medicine Dilemma