The current study investigated the age of diagnosis (AoD) of autism spectrum disorder (ASD) in Nepal by using de-identified data on 246 children with a diagnosis of ASD registered at AutismCare Nepal Society from 2010 to 2015. The mean AoD in children was 58 months (range 14–187 months). Majority of children were male (76%), lived in the Kathmandu valley (75%), and were from upper caste groups (62%). The mean diagnostic age of ASD in Nepal is much later than the age at which a reliable diagnosis is possible, indicating the need to reduce the gap between the age at which it is possible to diagnose ASD, and the average age at which ASD is currently diagnosed.
vorige artikel Correction to: Fifteen-Year Prospective Follow-Up Study of Adult Outcomes of Autism Spectrum Disorders Among Children Attending Centers in Five Regional Departments in France: The EpiTED Cohort
volgende artikel Criminal Behavior and School Discipline in Juvenile Justice-Involved Youth with Autism 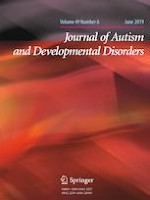