Age is one of the most robust correlates of criminal behavior. Yet, explanations for this relationship are varied and conflicting. Developmental theories point to a multitude of sociological, psychological, and biological changes that occur during adolescence and adulthood. One prominent criminological perspective outlined by Gottfredson and Hirschi claims that age has a direct effect on crime, inexplicable from sociological and psychological variables. Despite the attention this claim has received, few direct empirical tests of it have been conducted. We use data from Pathways to Desistance, a longitudinal study of over 1,300 serious youthful offenders (85.8 % male, 40.1 % African-American, 34.3 % Hispanic, 21.0 % White), to test this claim. On average, youths were 16.5 years old at the initial interview and were followed for 7 years. We use multilevel longitudinal models to assess the extent to which the direct effects of age are reduced to statistical and substantive non-significance when constructs from a wide range of developmental and criminological theories are controlled. Unlike previous studies, we are able to control for changes across numerous realms emphasized within differing theoretical perspectives including social control (e.g., employment and marriage), procedural justice (e.g., perceptions of the legitimacy and fairness of the legal system), learning (e.g., gang membership and exposure to antisocial peers), strain (e.g., victimization and relationship breakup), psychosocial maturity (e.g., impulse control, self-regulation and moral disengagement), and rational choice (e.g., costs and rewards of crime). Assessed separately, these perspectives explain anywhere from 3 % (procedural justice) to 49 % (social learning) of the age-crime relationship. Together, changes in these constructs explain 69 % of the drop in crime from ages 15 to 25. We conclude that the relationship between age and crime in adolescence and early adulthood is largely explainable, though not entirely, attributable to multiple co-occurring developmental changes. 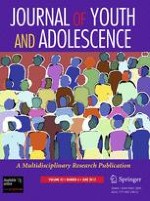