African American adolescents are faced with the challenge to be successful academically, even though they may experience racial discrimination within school settings. Unfortunately, relatively little scholarship explores how African American adolescents draw on personal and cultural assets to persist and thrive in the face of discriminatory experiences. Additionally, little research has explored the buffering role of assets (e.g., racial pride, self-efficacy, and self-acceptance) on the relationship between school-based racial discriminatory experiences and the academic persistence of African American adolescents. Participants in the current study included 220 (58 % girls) socioeconomically diverse African American adolescents. Latent class analysis was utilized to identify clusters based on participants’ racial pride, self-efficacy, and self-acceptance. Three cluster groups were identified. The majority of the students belonged to the average group in which adolescents reported average levels of the three study assets. Adolescents in the higher group reported higher assets relative to their peers in the study and those in the lower group reported lower strength-based assets relative to their peers. Results indicated that school-based racial discrimination was associated with lower levels of academic persistence. Additionally, adolescents in the higher assets group reported higher academic persistence in comparison to the average and low group. Our model reflected a promotive but not protective influence of adolescents’ assets on their academic persistence.
vorige artikel Not Just Robo-Students: Why Full Engagement Matters and How Schools Can Promote It
volgende artikel The Role of Mentor Type and Timing in Predicting Educational Attainment 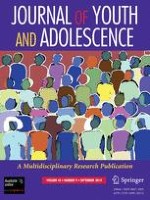 Do Academically-Engaged Adolescents Experience Social Sanctions from the Peer Group?

Striving for Educational and Career Goals During the Transition After High School: What is Beneficial?

Academic Success Across the Transition from Primary to Secondary Schooling Among Lower-Income Adolescents: Understanding the Effects of Family Resources and Gender

Racial/Ethnic Differences in the Educational Expectations of Adolescents: Does Pursuing Higher Education Mean Something Different to Latino Students Compared to White and Black Students?

Not Just Robo-Students: Why Full Engagement Matters and How Schools Can Promote It