Adolescents’ Well-Being with Respect to the Patterns of Disclosure to and Secrecy from Parents and the Best Friend: A Person-Centered Examination | mijn-bsl Skip to main content
TOOLBAR 1 2 3 4
ZOEKEN MENU 1 2 3 4

Adolescents’ disclosure and secrecy behaviors have important implications for their well-being. Previous research examined adolescent disclosure and secrecy mostly in one close relationship (i.e., one’s mother). What remains to be addressed is the patterns of disclosure and secrecy considering adolescents’ other close relationships and the well-being differences between these patterns. Adopting a person-centered approach, the current study examined constellations of disclosure and secrecy in adolescents’ relationships with their mother, father and best friends, and the extent to which these patterns differ with respect to life satisfaction, problem-solving confidence, and anxiety. The sample consisted of middle adolescents (N = 1097; Mage = 15.12; range = 14–16; 61.6% female) from nine public schools in Istanbul, Turkey. Analysis conducted for the whole sample showed that best friends were the most frequently disclosed confidants followed by mothers, and secrecy was similar for best friends and mothers. Adolescents were least likely to disclose to their fathers and keep secrets from them more frequently. Comparisons of the five classes identified with latent profile analysis, however, indicated that the class with the best well-being status (highest life satisfaction, problem-solving confidence, and lowest anxiety) consisted of adolescents who disclosed most often to their mothers, seconded by best friends, and kept secrets less often from their parents than their best friends. The class with the lowest well-being status consisted of adolescents who had lowest disclosure and highest secrecy in three close relationships. Overall, findings underscored the usefulness of person-centered analytic approach showing that while best friends were the primary confidents when examined with a variable-centered approach, adolescents with the highest well-being status reported to disclose most often to their mothers. This finding underlines the importance of sharing personal information and being less secretive especially with mothers in adolescence.

Titel
Adolescents’ Well-Being with Respect to the Patterns of Disclosure to and Secrecy from Parents and the Best Friend: A Person-Centered Examination
Auteurs:
Ebra Elsharnouby
Ayfer Dost-Gözkan 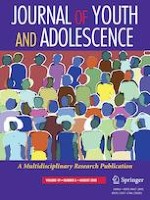 Fear of Failure Mediates the Relation Between Parental Psychological Control and Academic Outcomes: A Latent Mediated-Moderation Model of Parents’ and Children’s Genders

Tiffani Kocsis: Critical Analysis of Sexuality Education in the United States: Toward an Inclusive Curriculum for Social Justice

Bernstein, Nell: Burning Down the House: The End of Juvenile Prison

Rachel Zoffness: The Chronic Pain and Illness Workbook for Teens