There is a dearth of research regarding adaptive functioning during the transition to adulthood in autism spectrum disorder (ASD). Profiles on the Vineland Adaptive Behavior Scales, Second Edition were examined by age and intellectual ability in 75 participants with ASD (16–58 years). Results extend previous reports of a cognitive advantage over adaptive functioning in children by demonstrating a similar pattern in an older sample. Daily living skills were a relative strength compared to communication and socialization in adults, but not adolescents. In general, highest subdomain scores were observed in writing skills and lowest scores were observed in interpersonal skills. Regardless of cognitive ability, all standard scores were well below average, indicating a need for lifelong intervention that targets adaptive functioning. 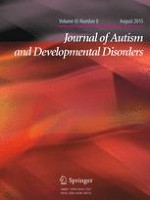 A Review of Level 2 Parent-Report Instruments Used to Screen Children Aged 1.5–5 for Autism: A Meta-Analytic Update

Patterns of Sensitivity to Emotion in Children with Williams Syndrome and Autism: Relations Between Autonomic Nervous System Reactivity and Social Functioning

A Descriptive Study on the Neonatal Morbidity Profile of Autism Spectrum Disorders, Including a Comparison with Other Neurodevelopmental Disorders