Although previous research has identified contemporaneous associations between cognitive deficits and symptom phenotypes in Attention Deficit/Hyperactivity Disorder, no studies have as yet attempted to identify direction of effect. The present study used cross-lagged path modeling to examine competing hypotheses about longitudinal associations between rapid naming speed and symptoms of inattention in children. 1,506 school-age twins from Australia and the U.S. were tested for inattention, hyperactivity/impulsivity, and rapid naming speed at three and four time points, respectively. Symptom severity of inattention from Kindergarten to fourth grade is consistently predicted by previous rapid naming, over and above auto-regressive and correlational associations in the model. Likewise, inattention symptoms have a small but significant predictive effect on subsequent rapid naming. The findings support a reciprocal relationship between naming speed and ADHD inattentive symptoms. 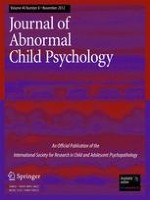