Adolescents from rural, resource poor regions of the United States have disproportionately higher rates of drug and alcohol misuse, which may lead to increased sexual risk behaviors. Adolescents living in both urban and rural areas are major users of smartphones as a source for health information. Yet, the quality and accuracy of some Internet sites tend to be unreliable. The purpose of this study was to explore the perceptions and attitudes of adolescents from a rural region in the southeastern United States regarding health and social concerns to inform the development of a risk reduction application for smartphone use. This study used a qualitative descriptive design guided by the Theory of Triadic Influence. The research team was composed of community partners, faculty, and students from a mid-Atlantic university. Forty-nine adolescents (18 boys and 31 girls) participated in one of five mixed-gender focus groups; they were predominantly Black and Latino, with a mean age of 13.8. Content and thematic analysis led to three interrelated themes: Family as Nexus, Unlevel Playing Field, and Threats to Safety and Security. Structural (racism and bullying) and proximal (neighborhood, family and peers) determinants of health were congruent with other recent reports. Snapchat and Instagram were the most popular social media platforms used. Using a contextual approach, we analyzed the daily experiences of ethnic minority adolescents to inform the development of a risk reduction mobile health application. Community-academic partnerships with engaged youth can assist in smartphone application development and beta testing.
vorige artikel Israeli Palestinian Adolescents’ Exposure to Community Violence and their Academic Achievements: The Indirect Effects of Internalizing and Externalizing Symptoms and Parental Psychological Well-Being
volgende artikel The Differential Functions of Cognitive Emotion Regulation Strategies in Chinese Adolescents with Different Levels of Anxiety Problems in Hong Kong 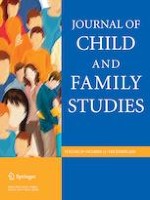 Use of Videos and Digital Media in Parent-implemented Interventions for Parents of Children with Primary Speech Sound And/or Language Disorders: A Scoping Review

Does Anger Expression Mediate the Relationship Between Parental Rejection and Direct and Indirect Forms of Non-suicidal Self-injury?