We examined the factor structure of the Children's Depression Inventory (CDI) among a sample of 523 African American children (m age = 12.76) and a sample of 564 European American youth (m age = 12.43). Previous investigations have produced discrepant factor structures among samples of predominantly majority-culture children, but fewer investigations of the factor structure of the CDI have been conducted among non-European American samples. Confirmatory factor analyses of the original 5 factors identified by Kovacs (1983, 1991) revealed that the items had invariant measurement properties across the samples. The latent factor structure, however, revealed telling differences between the two samples. For European American youth, only one of the original five factors was meaningfully differentiated from the others, whereas for the African American youth, two of the factors clearly emerged as unique facets of depression. Consistent with other reports, between-group mean differences on the CDI and its factors were noted. We argue that further validation of the CDI among traditionally underserved populations is warranted. Predictive validation investigations, in particular, are needed to examine the relationship between CDI factor scores and clinical outcomes. 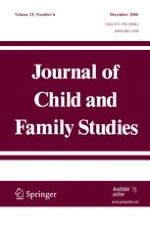 Using Assessment to Improve the Effectiveness of Early Childhood Education

Parents, children, and trauma: Parent role perceptions and behaviors related to the 9/11 tragedy