Transvenous temporary cardiac pacing therapy (TV-TP) is widely used to treat life-threatening arrhythmias. Yet aggregated evidence on TV-TP is limited. We conducted a systematic scoping review to evaluate indications, access routes and complications of TV-TP, as well as permanent pacemaker therapy (PPM) following TV-TP. Clinical studies concerning TV-TP were identified in Ovid MEDLINE. Case studies and studies lacking complication rates were excluded. To assess complication incidence over time, differences in mean complication rates between 10-year intervals since the introduction of TV-TP were evaluated. We identified 1398 studies, of which 32 were included, effectively including 4546 patients. Indications varied considerably; however TV-TP was most commonly performed in atrioventricular block (62.7%). The preferred site of access was the femoral vein (47.2%). The mean complication rate was 36.7%, of which 10.2% were considered serious. The incidence of complications decreased significantly between 10-year interval groups, but remained high in the most recent time period (22.9%) (analysis of variance; p < 0.001). PPM was required in 64.2% of cases following TV-TP. Atrioventricular block was the primary indication for TV-TP; however indications varied widely. The femoral vein was the most frequent approach. Complications are common in patients undergoing TV-TP. Although a decrease has been observed since its introduction, the clinical burden remains significant. The majority of patients who underwent TV-TP required PPM therapy. 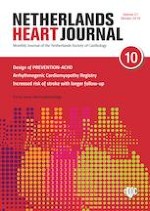