BNP and NT-proBNP at discharge for hospitalisation for HF are powerful, and equally strong and independent predictors of all-cause death and HF rehospitalisation. 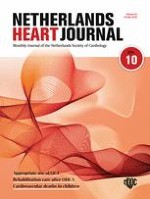 What is the rhythm?

Recovery after cardiac arrest: the brain is the heart of the matter